I am very excited to announce that the new single from Nicola Cassells is available to download now!

‘Somewhere in Time’ is available to download on iTunes, Amazon MP3, Google Play and more!

You can also find the track on CD Baby.com by following this link: Click here

Thank you for visiting my blog! If you would like to read the process in chronological order from the beginning then please scroll right down to the bottom on the page and work your way backwards. I hope you enjoy!

I would like to take this opportunity to express my acknowledgements to everyone who contributed to this project. To my supervisor, David Scott for your advice and feedback. To Sandi Thom, without you the song ‘Somewhere in time would not exist, thank you for your beautiful lyrics. I would like to express my gratitude to Martin Bone, whose contribution to the video has been invaluable, your hard work and attention to detail to my vision is greatly appreciated, you went above and beyond! I would also like to give thanks to Lord Glasgow, his family and staff Kelburn Castle for allowing me to film in your beautiful estate.

I would like to give thanks to my family and friends, especially to my Dad, Brian Cassells, my Mum, Julie Cassells, my Sister Jennifer Cassells and my Fiancé John Hunter for all of your continued love and support from the beginning. I would also like to thank my Papa, David Dunsmore for your love and encouragement, even if you are ‘biased because you’re my Papa!’

I would like to dedicate this song and video to all of the war-time evacuees including my Great Aunt, Janette Lusk and my late Great Uncle William Lochhead and also to all those who served our county during World War Two.

Last but certainly not least, I would like to give a special dedication to my Gran, Kathleen Dunsmore. Thank you for sharing your story with me. Without you, this project could not have been possible. I’m so fortunate to have the opportunity to create this video with you, I really appreciate you taking the time to help me create something beautiful. Your continued love and support means the world.

With Love from Nicola x

The creative process was experimental in nature. Whilst there was an underlying sense of structure to the process, as it was a creative music project, I allowed the project to develop organically to allow me to freely express myself as an artist, without being confined to a set plan. It was certainly a learning curve throughout and the process pushed me to learn new skills. The overall experience has been positive and has allowed me to evolve as a creative artists. I am extremely pleased with the process and the final outcome and I am eager to share the project with my family, friends and fans. It has given me a sense of accomplishment and has reinvigorated my aspirations and goals as a performing artist and creative.

I began the promotion process by posting that I would be announcing what my special project is on the 31st march in order to start building anticipation. Here is the post where I announce that my project will take the form of a music video.

Martin is putting together a teaser video which I will share on my facebook page before finally sharing the full version at a later date.

Martin is also involved in an online news website called ‘Patchchord News’ and will be sharing an article based on my story. 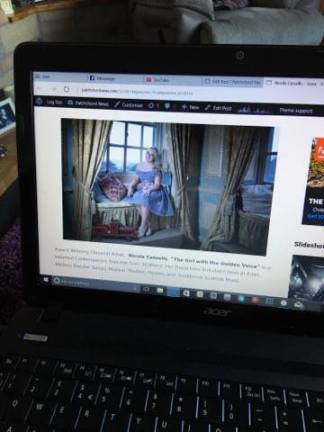 Now that all the footage has been filmed it is time to start the editing process.

This is an area in which I do not have any previous experience, so Martin will take the lead on this but happy for me to have my input and we can work together to create the final outcome.

The editing process is carried out on a programme on the iMac: 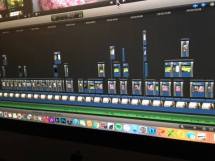 Some photos taken from at the video shoot:

Ultimately this was my favourite one:

On the days running up to the filming of the video I gathered and made props which I used on the video. My gran mentioned the fact that they often had lemon curd sandwiches which they would take to school so I decided to make some sandwiches and feature a jar of the lemon curd with a label to highlight what it is.

I also came across a lovely wooden chest which I decided I would use to store my grans photographs along with tags inspired by the ones which would have been used on their suitcases they used during the evacuation.

I also bought some daffodils that I could use inside the house to keep the theme flowing throughout. I framed certain photographs including a photo of the card sent from my Aunt Janette to my Gran many years later which features 3 children and a teacher putting on their gas masks.

Unfortunately on the morning that we were due to start I opened up my blinds and what did I see… SNOW!! Just typical Scottish Weather, first day of spring and it snows. The plan was to set the video during springtime in amongst the daffodils and not surrounded by snow. Due to this we had to postpone the filming. Luckily the snow cleared quickly and we were able to film the next day.

We began the day by exploring the room inside to map out where we would film from and set up the equipment and props, etc. There are so many lovely areas and quirky elements that we could use indoors. Including a window box displaying a wooden toy train, another window with a Grandfather clock (ideal for the theme of ‘Somewhere in Time’, and of course the area featuring the piano. I decided that I would display the props on the piano. There were so many other areas which we could have potentially used but these are the areas that we ultimately decided to utilise within the house.

Once we organised the plan for inside the house, we took a little wander round the gardens and estate to come up with a plan of where to film outside. We found the area which was covered in daffodils, exactly as I had pictured. We then struck it very lucky and came across this path which was covered in beautiful bright pink flowers which can from a near by tree. We then discovered an old tree right in the middle of the flower bush which would be a perfect place to record a scene. It looks so vibrant and will fit in beautifully as a contrast to the other scenes. We felt like we had found a hidden gem.

Please follow the two links below to view footage from inside the drawing room:

We had a really successful day of filming, I felt that the process was organic in nature and we captured some truly beautiful moments of footage. The day was such a success that I felt that we didn’t need anymore footage. We got so much good quality footage that I felt that I didn’t want to overcomplicate the process by filming much more. It was a challenge to take on the role of directing the music video when this something that is completely new to me, but feel like it was success. It was great to have the experience of Martin whose input was invaluable during the process.

So the following day,  we invited my gran and papa round for tea and lemon curd sandwiches to film my Gran and I discussing her evacuation story.

As World War Two began in 1939 and ended in 1945 I felt it would be appropriate to use 1940’s elements for various aspects of the video.

In terms of  my outfits for the shoot I researched 1940’s Fashion:

These are some examples of outfits that I found- something like this would work well for the outdoor scenes.

I researched outfits which would be worn as Evening Wear and found the following: 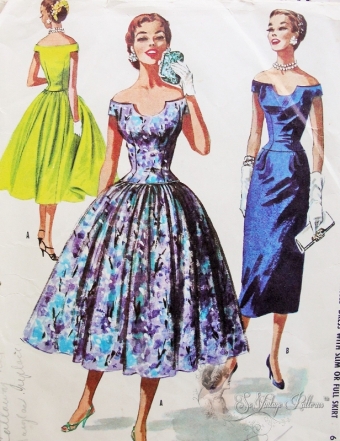 I think this Idea of having something off the shoulder and more of an evening style would work well for scenes inside the house. While I don’t want to copy the styles exactly, I plan to take influence from the styles researched.

I also researched some hairstyles:

By using inspiration from the 1940’s I hope to add some elements of the styles into the aesthetics of the video.

So instead of creating a storyboard with exact scenes and timings for each I have mapped out a rough idea of what I picture various scenes to look like, but I will also look for opportunities for scenes on the day at the location.

I will create props which can be used along with various photographs given to me to use by my gran. I have taken inspiration from the story and the key words taken from the story. The plan is to set the scene as if I have gone back to Kirkennan house to explore and reflect on the story and share in the memories.

I am very fortunate to have had the pleasure of performing at various events at Kelburn Castle and Country Estate. During the occasions that I performed at Kelburn Castle I fell in love with the vintage décor and unique attributes of the building. So when I pictured the ideal location for the video shoot, this was the exact image I had in mind. With the stunning backdrop and grand and rustic furnishings it was exactly what I imagined Kirkennan House to look like where my Gran spent her days during the evacuation.

This is where I picture part of the filming to take place within the drawing room in Kelburn. I could be sitting at the piano while there are photos in the background which represent the evacuation. If filmed in March then there should also be areas in the grounds of the estate which are filled with daffodils. 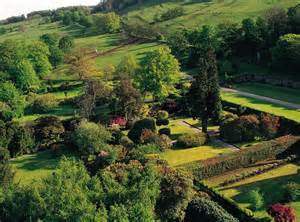 The above photos show Kelburn Castle and The Estates Gardens. You can see the comparison to Kirkennan House in the photos below. 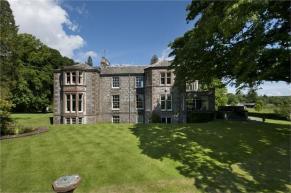 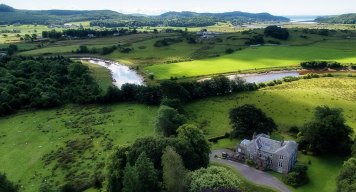 In the hopes of using this location I contact Jared at Kelburn, who then speaks with Lord Glasgow of my behalf. Lord Glasgow replies that he is more than happy to allow me to film in the grounds and within the castle. I plan on doing this in the third week of March over three days, 21st, 22nd and 23rd.

I am really excited about the idea of filming at this location its really going to fit in really well with the concept and story!